As a medical student, Dr. M.R. Rajagopal witnessed “in sheer helplessness” a cousin suffering with cancer. The experience left a permanent scar on his mind as he continued through his education

Rajagopal would go on to become the “father of palliative care” for his work in Kerala and across India, helping to ease the suffering of people with serious or terminal illnesses.

“The suffering is almost totally unnecessary. We have the means (to alleviate it). It is not a question of resources. The means are inexpensive,” he said in a 2017 documentary about his work called  Hippocratic: 18 Experiments in Gently Shaking the World

Rajagopal has been tirelessly laboring  to make pain-easing medications and wholistic care available to those who need them. Since 1996, he has been advocating to improve opioid access in India, which produces morphine but primarily exported the bulk of it to higher-income countries. His efforts have led to the simplification of narcotic regulations in more than a dozen states in India as well as in consistent availability of oral morphine from government opium and alkaloid factories.

This is a yawning distance from where Rajagopal began his education as a youth. The native of  Thiruvananthapuram, Kerala, was precocious and entered school three years earlier than his peers. The age difference between him and his classmates curtailed his self-confidence and his social skills. But he did well in school and eventually entered college and earned a bachelor’s degree in zoology. Rajagopal had wanted to study English literature, but he father insisted that he earn a medical degree.

“He asked me to, and I went,”-Rajagopal recalled 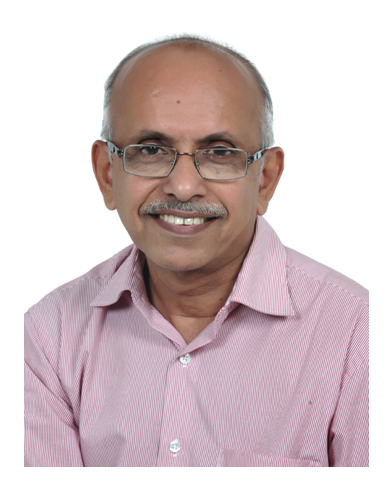 It was in Government Medical College, Thiruvananthapuram with classmates  of the same age, that the young man finally began to feel normal for the first time. He earned his bachelor of medicine-bachelor of surgery in 1971 and went on to specialise in anesthesiology.

“During my medical student days and also as a young doctor I had seen a lot of pain around me in the hospital. Pain was almost never treated,”he recalled.

The suffering from other symptoms and from emotional and social issues was so obviously huge. But the medical system concentrated just on diseases.

“I saw the naked exploitation that patients and families were subjected to. I certainly did not want to live that kind of life,”he said

Practicing as an anesthesiologist at the Medical College, Trivandrum in Kerala, he tried to alleviate patients’ suffering through nerve blocks. But his efforts were thwarted because the medical staff was overwhelmed with providing basic care, and he wasn’t given permission to venture into new areas of treatment. But at age 39, when Rajagopal became the head of the Department of Anesthesiology at Government Medical College, Kozhikode, “I was finally at liberty to do some of my own things.”

“I started treating people’s pain. People taught me that they are not only made of nerves and pain and that they needed to be treated as human beings,” he said. “As the patients taught me more, some colleagues joined me. It became a movement.”

In 1993, Rajagopal and colleagues founded the Pain and Palliative Care Society (PPCS) at Calicut Medical College. The goal was to treat the whole patient to help alleviate physical, social and emotional pain arising from serious illnesses. In 1995, the World Health Organisation (WHO) cited PPCS as a model demonstration project.

WHO lauded the society for the training programs of other palliative care providers and for its focus on learning and meeting the physical and sociocultural needs of the community.

At around the time of the founding of PPCS, Rajagopal met Gilly Burn, a nurse from the United Kingdom and director of Care Response International and founder-director Cancer Relief India. That meeting enabled Rajagopal to attend training in Oxford, England, to learn more about the application of palliative care.

“(That) laid the foundations of the science of palliative medicine in me,” Rajagopal said.

Over the next decade, PPCS grew to be the nucleus of a wide network of palliative care programs in India, launching the Institute of Palliative medicine and helping to establish more than 60 sister centers throughout the state of Kerala. WHO eventually recognised the program as the most successful community-based palliative care service in the world.

To further advance the work, Rajagopal, who left government medical service in 2002, and other supporters founded the nonprofit Pallium India in 2003 to improve access to palliative care across the country. In 2006, Pallium India founded the Trivandrum Institute of Palliative Sciences,  a WHO Collaborating Centre for Training and Policy on Access to Pain Relief.

Dr. Raj, as he is known, said the work is so important because of the pervasiveness of suffering. He recalled that he once heard a representative of Human Rights Watch say that when someone is tortured for political gain, they can usually sign a confession and escape.

“Here, they don’t even have that option,” Rajagopal said. “You just continue to let them suffer, and that’s torture. I don’t think there’s any justification for that.”

Despite India’s ability to inexpensively produce a wide range of pharmaceuticals for export to other countries, Indian law made it very difficult for citizens to access opioids such as morphine for pain relief.

Rajagopal persistently lobbied the Indian Parliament to argue for the amendment of the Narcotic Drugs and Psychotropic Substances Act so that palliative medications were more readily available. In 2014, after considerable effort, the act was amended to recognise the importance of access to pain management medications along with the prevention of diversion and misuse of those medications.

In 2018, the “national government” awarded Rajagopal its fourth-highest civilian honor, the Padma Shri award, for his work on palliative care. In 2017, he received the Human Rights Watch award for extraordinary activism and was named one of the 30 most influential leaders in palliative care worldwide by the American Academy of Hospice and Palliative Medicine. And in 2018, Rajagopal was a Nobel Peace prize nominee.

The 91-minute movie based on his life and work, Hippocratic, was produced by an Australian company called Moonshine Movies in 2018. An autobiographical book on his life and his work, Walk with the Weary, was published in 2022.

Dr. Raj continues his work to not only provide palliative care to all who need it, but also to alleviate the devastating costs of pain management to patients.

“Because palliative care is low cost and though it makes such a huge difference in people’s lives, it doesn’t seem to be able to interest the attention of decision makers,”he said.

While some might think working with those who are suffering and particularly those who die is a very emotionally difficult life, Rajagopal sees it differently.

“I can’t think of any other field where you have the ability to influence other’s lives so much. In medicine, you are dealing with people at the most vulnerable periods of their lifetime; they are physically, emotionally and socially distraught,”  he said. “Giving them a hand makes such a difference, not only to the endurer, but also for generations. Hence I believe it’s a great privilege to be a doctor.”