Balasubramanian (born April 13, 1941) is a retired Indian Administrative Service (IAS) officer who served as Deputy Commissioner and District Magistrate for five years. Later, as Director of Sericulture, he spearheaded a World Bank-funded project that more than doubled Karnataka state’s output of silk within five years. India is the second biggest silk yarn producer in the world and Karnataka produces 70% of India’s silk yarn.After retirement, as Chairman of a Task Force to protect the Commons, he took action to prevent illegal encroachment of public land by land-grabbers.

His career varied significantly from Director of Sericulture, also known as mulberry farming and silkworm rearing, in Karnataka to Additional Chief Secretary of Government of Karnataka, Bangalore, India, until his retirement in April 2001. 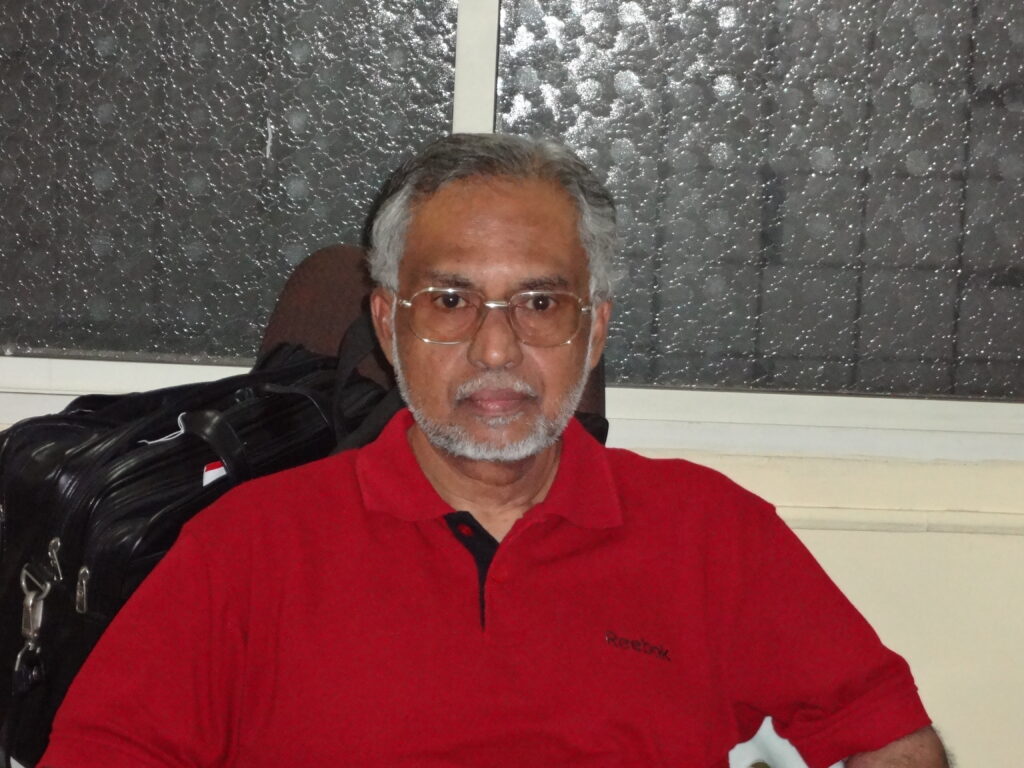 Balasubramanian was also the first IAS officer to head an international nongovernmental organization: From 1992-1996, he was the Director in Asia of the International Energy Initiative, working to promote renewable energy. He oversaw the promotion of cogeneration of electricity in sugar factories in India, which is the second biggest producer of sugar in the world after Brazil.

Balasubramanian (who adheres to the Self-Respect-Movement of avoiding caste-based surnames) was born in Rangoon, Burma, (now Yangon, Myanmar), an only child in a multigenerational banking family. In 1967, he married Nagalakshmi. The couple have two children: Vijay and Jeevan, both computer engineers in New York. Balasubramanian is multilingual, speaking Tamil, English and Kannada.

Balasubramanian graduated from secondary school at the age of 14 in Madras, India (now Chennai). Too young by six months to enter college (at that time), he returned to Rangoon where he attended a commercial college, studying one year of accountancy, commercial law, shorthand and typing. Later he entered Tagore College where he took a two-year course and earned the 18th rank in the final exam out of nearly 100,000 students.

In 1960, Balasubramanian attended the University of Rangoon for graduatecoursework, majoring in economics. He earned first class and first rank and was awarded the U Pu Gold medalupon receiving his Bachelor’s degree in Commerce in 1962, focusing on economic analysis, economic history, international trade, commercial law, marketing, insurance, and product management.

Whileat the University of Rangoon, he met N. Madhavan of the Indian Foreign Service, who was First Secretary at the Indian Embassy in 1960. Madhavan inspired Balasubramanian to take the IAS-Indian Foreign Service examinations of the Union Public Service Commission and join the government. Balasubramanian prepared for the examination by intense reading of textbooks in economics and political thought, newspapers for general knowledge and answering test papers from previous years. He joined the IAS in 1965 as a probationer. From 1971 to 1976, he was Deputy Commissioner and District Magistrate in Karnataka. He was District Magistrate of the Shimoga, Gulbarga and Bangalore districts.

In Gulbarga, there was a severe famine in 1972-1973. Balasubramanian prepared detailed plans for the district in consultation with people’s representatives and obtained funds from the government to give rural residents jobs, drinking water, food grains and health programs.

During his service in Bangalore, a national emergency was declared in 1975 by Prime Minister Indira Gandhi. During that period, he implemented social welfare programs such as bonded labor abolition and rehabilitation, land reforms, distribution of house sites to homeless people and public distribution of essential commodities. He also detained about 100 landlords under the Maintenance of Internal Security Act, or MISA, (detention without trial under the District Magistrate’s discretion andauthority for economic offenses against Dalits, the lowest of India’s castes. Balasubramanian was the only DC-DM who used MISA for such nonpolitical detentions.

From 1976 to 1980, he served as the Director of Sericulture in Karnataka, during which time he successfully negotiated a sericulture project with World Bank assistance of USD$70 million. From 1980-1983, he was the Chairman and Administrator of the Upper Krishna Project for irrigation and Divisional Commissioner of the Gulbarga Division.

From 1983-1986, Balasubramanian was secretary to Ramakrishna Hegde, the Chief Minister of Karnataka. During his tenure, he commissioned detailed district development reviews by the CM for the first time and helped establish the Bangalore Metropolitan Area Development Authority. He carefully avoided becoming an “extra-constitutional authority” like others in that position.

In 1986 he became the Member-Secretary and CEO of the Central Silk Board and Joint Secretary in the Ministry of Textiles. As the first nontechnical head in the Sericulture Department of Karnataka, which produces 9,500 tons of raw silk annually (by far the largest volume of any state in India), he oversaw a USD$120 million project for which he successfully negotiated funding from the World Bank. Due to the project, the production of silk in Karnataka doubled within five years. Similarly, as CEO of the India’s Central Silk Board, he prepared a project for USD$300 million (in 1990) and obtained funding from the World Bank—a first for the CSB. This substantially increased the infrastructure and research and development of the CSB.

From 1990-1992, Balasubramanian became the Managing Director of the Karnataka Power Corporation. He facilitated the installation of 3,000 megawatts of capacity.

In 1992 he became Chairman and Managing Director of Mysore Sugar Co. After working for the sugar company, Balasubramanian took his experience with energy and sugar to work as Director for Asia in the International Energy Initiative, an NGO funded by the Rockefeller Foundation, SIDA of Sweden, NORADA of Norway and the UNDP. There, he promoted co-generation of electricity in sugar factories and other forms of renewable energy in the Asia region.

From 1996-98, he was Chairman and Managing Director of National Textile Corporation in New Delhi.

In retirement, he continued to lead conferences and consulted with various organizations. In 2002, he organized and became the Executive Vice President of an international conference on renewable energy. From 2003 to 2004, he was CEO of the Devaraj Urs Educational Trust and in 2005, he became the Adviser to the Joint Legislature Committee for Protection of the Public Lands.

Starting in2009, Balasubramanian served for two years as chairman of the Karnataka Task Force for Recovery and Protection of Public Lands. During his tenure, the task force identified about1.1 million acres of public land that was encroached upon by the real estate mafia and powerful political interests in Karnataka.The task force was disbanded by Revenue Minister G. Karunakara Reddy anda report that Balasubramanian had prepared about the encroachment, “Greed and Connivance,” was rejected for government publication.In response, Balasubramanian printed the report at his own expense. The report criticized the government for allowing vested interests to illegally encroach upon andsell public land. Balasubramanian distributed 2,000 copies of the report, many to members of the government, political party representatives and prominent citizens.His work on the task force sparked controversy after members of political parties and a former Speaker initiated Contempt of Legislature proceedings against him in 2014.  However, the proceedings were dropped after strong public reaction.

For many years now he is Nominee Director of the Indian Renewable Energy Development Agency in several sugar factories in India. Currently, he is the Chairman of Transparency International, India-Karnataka.  Each year, he visits UNESCO World Heritage Sites that are on his “bucket List”.